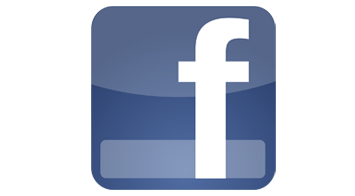 PREFACE
There's just no other way to say it, news today and in the recent past points to the simple fact that Facebook is actively and aggressively going for the kill shot on Twitter.


STORY
Twitter is suffocating on lack of user growth although its revenue growth is absolutely soaring. In our most recent post: Twitter Takeover Rumors Miss the Real News , we note the incredible stock drop in Twitter and the 'reality check' that the firm now has an $11 billion valuation with $2 billion in revenue that's growing faster than any company its size. The stock has fallen too far, too fast, unless one thing happens.

Mark Zuckerberg has been reported to say that "Twitter drove a clown car into a goldmine."

Mark Zuckerberg is no clown, and now it's quite apparent, he wants the gold.

THE ATTACK
There are three things that make an advertiser worthy of marketing dollars: Size of audience, appropriate content (aka ability to hyper target exactly the right people), and timeliness.

To this day, Twitter exists solely because of its incredible ability to deliver timely content. Sure, Facebook has the largest audience in the world and growing. In fact, in our CML Pro research dossier Why Facebook Stock Could Double, we discuss how the company's 1.5 billion monthly active users could well cross over 3 billion in a matter of years.

Facebook's ad content is extraordinarily appropriate -- let's be honest, the company has so much information on its users we might as well call it the human genome product ex-biology. They have created a digital fingerprint.

But, even with all of that, Facebook cannot compete with Twitter's timeliness. Or that was the conventional thinking until right about now.

REAL TIME
Facebook now gets 8 billion video streams views a day, and while much of that is cat videos, some of it is turning into real-time communiques. It was Facebook, not Twitter, that sponsored the majority of GOP debates.

Today we're beginning to test the ability for people to share live video on Facebook. While watching a live video, you can tap the Subscribe button to get notified the next time the broadcaster goes live.

Today we're launching the Facebook Sports Stadium, a dedicated place to experience sports in real-time with your friends and the world.

With 650 million sports fans, Facebook is the world's largest stadium. With Facebook Sports Stadium, all the content on Facebook related to the game is in one place, and it comes in real time and appears chronologically.

Facebook has taken the gloves off and smells blood. Twitter is in trouble, it can't grow users, and if Facebook can step in with real-time delivery of content, Twitter may see its 'slow user growth' turn into 'shrinking users.' If that happens, Twitter will be a single digit stock overnight and Facebook will get its pot of gold, no clown car included.

CONCLUSION
There is so much going with Facebook it's almost impossible to put it all down in one story. CML Pro's institutional research dossiers on Facebook show us:

We see exactly how the company will garner more than half of the world as its user base as it powers the Internet itself with solar powered drones and the new technology it has introduced that:
Has a consumer base that looks increasingly like [all of] humanity.


WHY THIS MATTERS
Headlines miss everything and the real top analysts, the ones that serve the top 1%, are keenly aware of the deep data that will move markets and they know exactly when retail traders are selling everything they own.