The Secret's Out: The Real Winner of the $270 Billion Smart Car Market


Mobileye designs and develops software and related technologies for camera-based advanced driver assistance systems (ADAS). Over the last 16 years the company has been developing ways for automobiles to see and respond to what they are seeing, just the way we humans do – but better, faster, and all the time.

We write one story a day using visuals to break critical news.
Join Us: Get Our (Free) News Alerts Once a Day.

THE COMPANY
According to the company, Mobileye's center is the world's largest machine vision development center in the world. 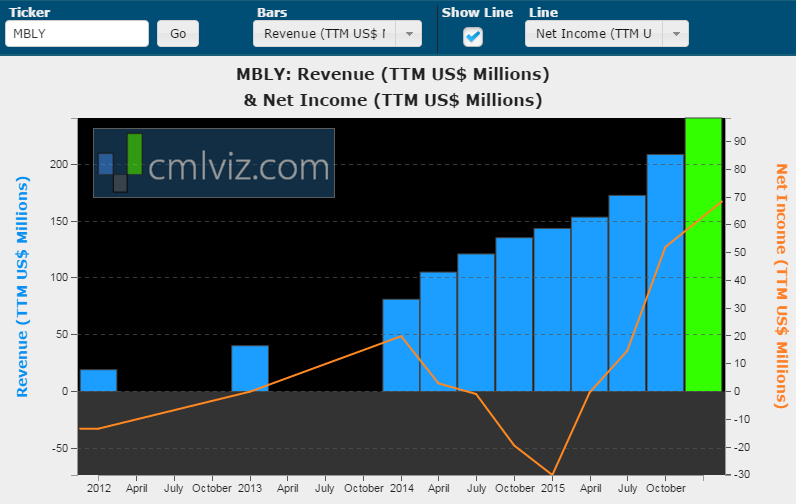 The company has realized nearly 68% revenue growth (TTM) year-over-year while at the same time operating margins are up from the period last year, net income (TTM) is at an all-time high and levered free cash flow (TTM) is up 11% year-over-year.

Now here's where it starts to get yet more interesting: