Roku Earnings: What Will Move the Market 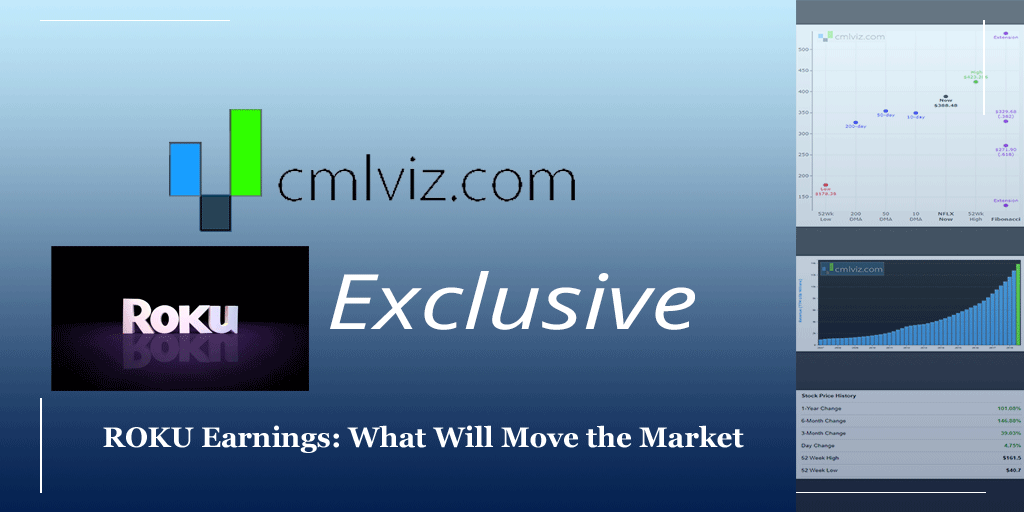 Roku Earnings: What Will Move the Market

Roku (NASDAQ:ROKU) has earnings due out 2018-11-07, after the market closes. While the results relative to analyst estimates as well as guidance will drive the stock, there's also a little detail in the estimates that we must address. Listen up, next quarter's guidance is expected to leave the company with its first ever positive EPS. Yes, Roku is expected to turn a profit next quarter on an adjusted EPS basis.

Along with the numbers presented below, note that Smart TV maker TCL, which licenses Roku's operating system, has now become the second largest Smart TV seller in North America, according to its own earnings release in Hong Kong. That means ROKU now has not only the best selling smart TV stick / box, but now powers the second best selling actual Smart TV (glass and metal).

Finally, this is the first quarter were we should hear results and guidance surrounding Roku's web based product -- something that Amazon immediately copied upon announcement. Roku launched the Roku Channel for the web in the United States and the channel app on select Samsung smart TVs.

Roku - By the Numbers

There is an expectation set by Wall Street -- and there are numbers at the top tier of that expectation as well. Guidance, at times, moves the market more than the actual quarter being reported -- so watch those numbers as well. Finally, with Roku, the number of current accounts will always be a watched metric, anything in the mid 24 million range would likely be considered a substantial beat.

Last quarter the company also raised its full-year revenue forecast to $710 million. A raise again would be a huge win.

You are on the better, smarter, faster version of finance portals like Yahoo! Finance. Welcome -- as one example, all of this data we just covered is available for any company, at any time, on the CMLviz.com Analyst Tab, for free: Right Here