The Secret's Out: Tesla is Exploding and Suffocating Rivals

PREFACE
A lot of the information we are about to cover could feel like a surprise, and in many ways it is. Tesla's market size is more than twice as large as previouly forecasted.

TESLA IS DOMINATING
U.S. sales figures for 2015 reveal that Tesla's Model S rose to become the number one top seller within the U.S. market for large luxury vehicles, overtaking the Mercedes-Benz S-Class for the first time. Here's the incredible data (highlighting added): 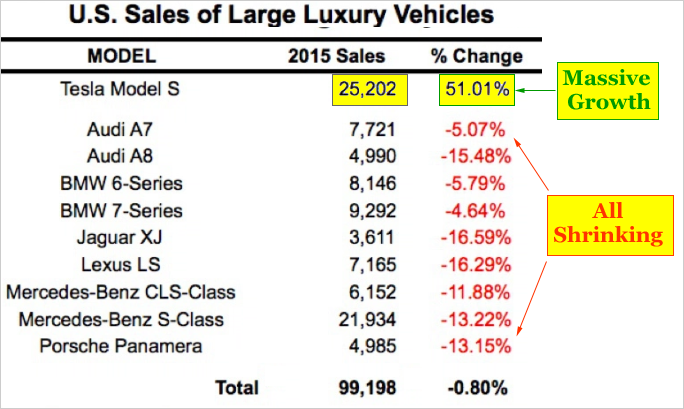 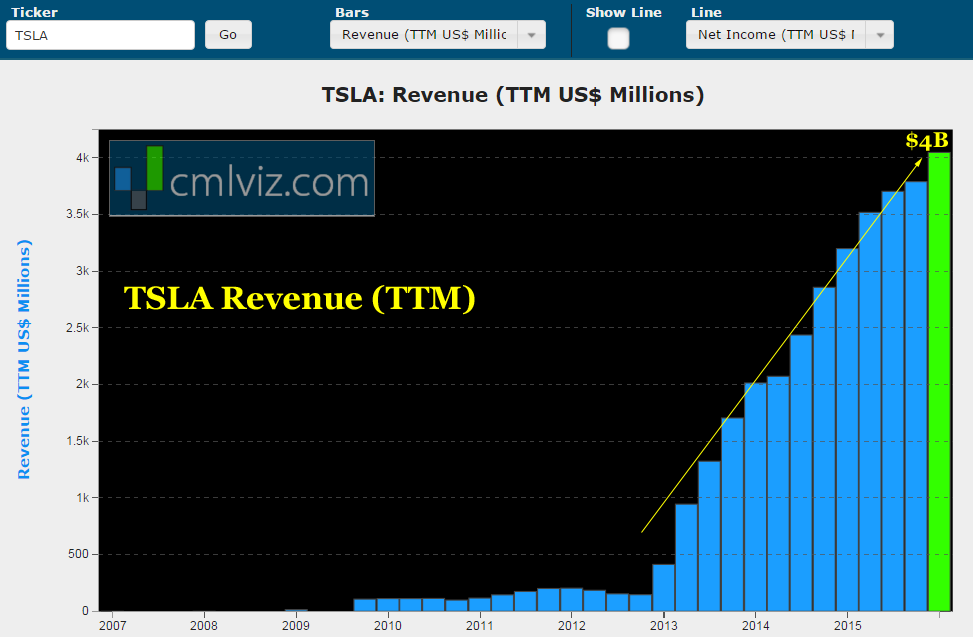 In 2015, Jefferies conducted a survey of Model S owners and discovered that nearly 40% had previously owned a car that cost less than $40,000 (Business Insider). That's borderline ludicrous. Tesla is not only moving people up -- it's moving people up by staggering amounts.

Here's why that reality changes everything.

It's this vehicle that will make or break the Tesla dream of a 1,000% unit sales increase in five years.

Skeptics vigorously point out that even if Tesla is able to create a car with a $35,000 base price, the average actual cost, after options are added, will be above $40,000 and that is not a mass market vehicle.

Here's where that data on the Model S breaks eveything.

MASS MARKET
We actually now know that the $70,000+ Model S is already poaching from non-luxury brands like Toyota even though the prices are wildly different. Keep in mind that Prius sales were down 11% last year and we have data from vehicle registartions that point to Tesla's $70,000+ vehicles as a main culprit.

But, if that market isn't big enough, consider our new reality where Tesla brings buyers of less expensive cars up. The Model 3 is absolutely in play for at least some of the non-luxury sedan market. Here are the best selling cars in the United States for 2015 via Statista: 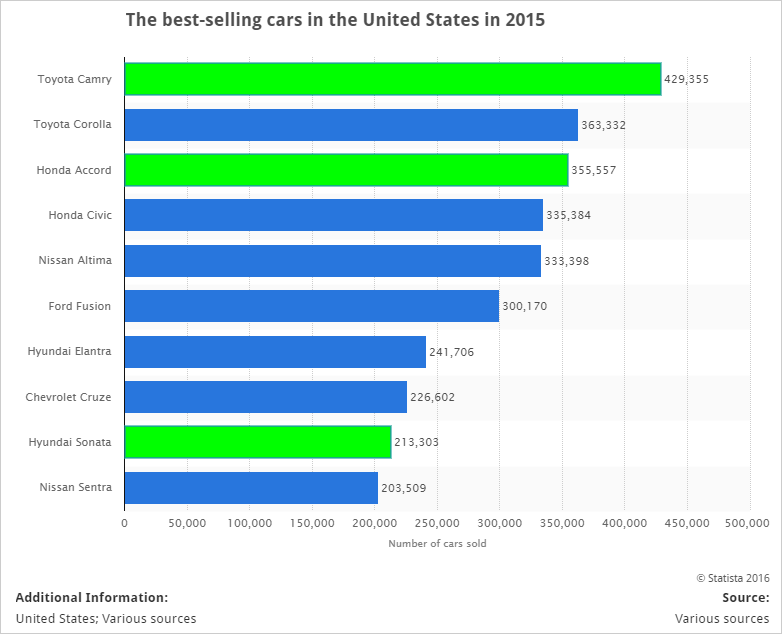 Those three highlighted in green are in play, and here's why:

Friends, the market Tesla is aiming at for its Model 3 isn't the 508,000 luxury sedan market, it's all of it -- totaling well over 1.5 million vehicles.

THE MOMENT
Tesla will start taking pre-orders on March 31st for its Model 3. A $1,000 down payment will be required. Soon after that, Tesla will tell the world how many pre-orders it received. This will be one of "the moments" for Tesla as an enterprise.

THE REAL RISK: APPLE AND GOOGLE
The risk for Tesla is not any of the existing vehicles. We can see quite clearly that it is a total and utter disruptor, destroying demand for even the hallowed Mercedes Brand.

The risk is Apple (AAPL) and Alphabet / Google (GOOG, GOOGL). CML Pro users have access to two full research dossiers about exactly this: "The Secret's Out: Apple and Tesla are Going to War," and "Apple's Car Will Change Automotive History."

Google's plans are a bit less disruptive, but equally dangerous. If we're looking for the possible derailment of Tesla -- we can stop looking at existing automanufactures and start looking at the best technology companies in the world.

THE FUTURE
We actually have three entire research dossiers dedicated to Tesla because there is so much going on.

Our research sits side-by-side with Goldman Sachs, Morgan Stanley and the rest on professional terminals, but we are the anti-institution and break the information advantage the top 1% have.