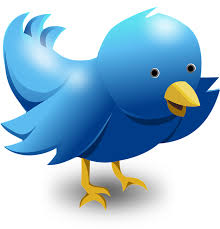 Preface
Just two days ago we wrote a dossier that described Twitter as a social media company that, although it has floundered of late, does have a secret weapon that cannot be copied nor competed with. It drove a new product called Carousel that Disney, Gatorade and Volvo are already behind. The secret weapon is of course, simply, the tweet. It happens 500 million times a day and unlike a Facebook or Snapchat post, is in fact content.


We noted that no advertiser will pay for a Facebook post, but advertisers are now starting to pay for tweets -- literally, to create advertising campaigns based on Twitter users' tweets.

And now, much bigger news has broken this morning straight from Twitter's blog and it's evidence that Jack Dorsey is innovating at the company, and the innovation is brilliantly focused on Twitter's uniqueness in the social media realm.

BREAKING
Today the company announced "Twitter Insiders." Here are a few snippets from it, but note, as you read this, that the guts to the product and the advertising and research dollar spend is in fact the tweet. The uncopiable competitive advantage that Twitter owns.

The resulting qualitative, quantitative, and social data give agencies and their clients an inside edge when making business decisions.

Instead of launching campaigns and waiting for results to come in, you can evaluate customer perceptions while ads are live on Twitter.
”

The post goes onto to discuss richer experiences and uses for long-term research with the help of consultants:

"Consultants design custom studies, recruit from specified user groups, and report data on behalf of agencies and their clients. Long-term studies like these are a particularly powerful tool to leverage when entering new markets."

WHY THIS IS A BIG DEAL
The newly introduced Twitter Carousel made use of tweets in and of themselves. This new platform is data driven, one of Twitter's revenue sources that, although it has grown quickly, is still tiny compared to its overall revenue base.

But the data analytics side of Twitter has the potential to be enormous, and at some point, it could make up a substantial portion of Twitter's revenue. Beautifully, Twitter data can only be found on Twitter. There will be no Snapchat data product or Facebook friend-voyeurism data product.

TWITTER IS FINDING ITS STRIDE
It appears that Twitter is finally finding its stride, presenting a compelling and differentiated product to advertisers to create a market for itself that can grow and live beyond just a promoted tweet.

The Twitter Carousel and now Twitter Insiders may seem innocuous to the casual observer, but they are not. Jack Dorsey and team are putting their fingers on the product and they are winning. With the help of the Google Search partnership, Twitter is generating a ton of traffic outside of its 310 million logged in MAUS. In fact, the last report was an additional 500 million logged out users, and that traffic is data.

Look for the potential of raised revenue guidance in the earnings call in two quarters from now if these products begin to catch hold.

SEEING THE FUTURE
This is the beginning of analysis, not the end. To really understand why Twitter will finally be a winner, and then to go further, to find yet again the 'next Apple' or the 'next Facebook,' we have to get ahead of the curve -- with facts. This is what CML Pro does. Our research sits side-by-side with Goldman Sachs, Morgan Stanley and the rest on professional terminals, but we are the anti-institution and break the information advantage the top .1% have.

Thanks for reading, friends. The author and the author's household hold shares in Twitter as of this writing.