ICYMI: Twitter is Dominating and Jack Dorsey is The Reason 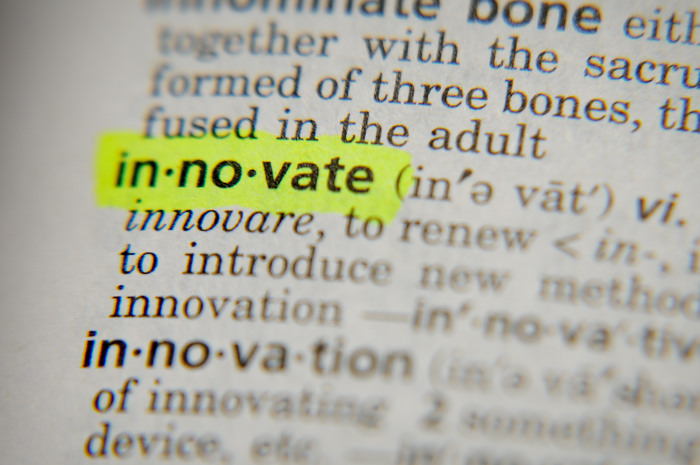 
Preface
We have posted several updates to Twitter throughout the last few weeks for one reason: the company is innovating so quickly it's almost impossible to keep up with. At the end of this article we have one chart that will blow your mind, but it won't make any sense until we lead into it. So here we go.


Twitter Inc. (NYSE:TWTR) has literally gone from a painstaking, beyond frustrating, confounding lack of innovation to all of a sudden perhaps the most innovative company in its space. It appears that long gone are the days when the company pondered the most trivial changes to the ecosystem that took an eternity to decide upon and it appears there is one major reason: Jack is back, friends. Now here's comes Twitter.

INNOVATION
In the latest round, we learned from Tech Crunch that Twitter has turned on location feeds.


“
Finally Twitter will let you see when tweets are from a specific place, like a business, sports stadium, or music festival.

After a reader tipped us off, Twitter confirmed to TechCrunch it’s now rolling out this new location feature to all iOS users, with other platforms coming later.
”

Location tweets are critical in two ways. First, for logged in and non-logged in users alike, access to relevant information (aka tweets) will be impossibly easier. Of course, the next step is how that access makes it an innovation for advertising.

Twitter's foundation is real-time communiques and now it has added location specific targeting in real-time for advertisers and users alike. That's a win, and likely not a trivial one. But this alone isn't enough to sing the praises of oft times embattled co-founder and returning CEO, Jack Dorsey. But this is:

MORE
Twitter's official blog has been on fire of late. It just published "New ways to tap into video on Twitter." Since video is becoming the end all be all in advertising and video Tweets on Twitter have increased by over 50% since the beginning of 2016, the company has focused on innovation here.

“
Where previously, uploaded videos were limited to 30 seconds, now anyone can create video Tweets up to – you guessed it – 140 seconds long.

We're also making it easier to explore the amazing videos everyone's Tweeting about.

With respect to exploring videos, Twitter writes "tapping on a video Tweet or Vine on your timeline will take you to a new, full-screen viewing experience, where more great video and Vine Tweets will be suggested below."

We wrote before that the timing of the innovation hardly a coincidence. At the Twitter shareholder meeting, which I attended, Jack Dorsey all but promised that innovation surrounding video would come before the presidential election. But there's more.

TWITTER STUNS WALL STREET
In an article we broke on June 16th, we noted that Twitter, very quietly, has just enabled 500 million more people to its advertising platform which could represent a 60% boost to revenue in the very short-term. How can that be? It's amazing what's hidden in the nooks and crannies if you look hard enough. And by nooks and crannies of course we mean in broad daylight on earnings transcripts. Here's something you may have never known about Twitter, but you do now:


“
In December it was announced that Twitter gets about 500 million monthly average users (MAUs) from non-logged in users compared to 305 million from logged in users.

Additionally, in that December report, the public was told that ads would be served to these non-logged in users. Twitter is in beta with select advertisers.

Adam Bain (COO) said that the monetization of those users would be roughly 50% of logged in users in terms of ad rates.

Per Twitter's analyst day presentation, the company showed a scenario where if logged out users were to monetize at approximately $2.50 Average revenue per user (ARPU), roughly half of the company’s then logged in MAU ARPU, the firm could see a potential revenue opportunity of $1.3B.
”

Yep, that reads correctly. 500 million users are about to be monetized on top of the 310 million logged in monthly average users. I have confirmed this with the company directly, but we can see it ever so hidden in a tweet:

If you look at the bottom of that image, it reads "ads.twitter.com." In that same article where we broke this news we included a neat little image of Twitter's revenue (TTM). Here that is:

We drew in how large $1.3B is relative to the $2.37B in revenue the firm generated in the trailing-twelve-months. But there's actually more.

MORE, MORE
The praise for Jack doesn't come yet, because he did more. Twitter introduced "Insiders." Here's an image:

And here's what Twitter had to say about it:

The resulting qualitative, quantitative, and social data give agencies and their clients an inside edge when making business decisions.

Instead of launching campaigns and waiting for results to come in, you can evaluate customer perceptions while ads are live on Twitter.
”

To fully understand the importance of Insiders, we have to look at yet another innovation just introduced by Twitter called "Carousel."

MORE, MORE, MORE
Twitter Carousel takes actual tweets to create an advertising unit. Disney, Gatorade and Volvo are already participating. The most beautiful part of Carousel is that the secret weapon is of course, simply, the tweet. It happens 500 million times a day and unlike a Facebook or Snapchat post, is in fact content.


“
We are excited to announce we're beginning to test the Promoted Tweet Carousel, a new ad unit that gives marketers a rich canvas for brand storytelling using their own Tweets or Tweets about their brand by users, who have given permission to the brand.

And perhaps the best part of that blog post was this little gem: "Disney pulled in Tweets from a variety of influencers on Twitter who gave their permission. "

Now with Insiders, the data analytics side of Twitter has the potential to grow substantially. Beautifully, Twitter data can only be found on Twitter. There will be no Snapchat data product or Facebook friend-voyeurism data product.

All of this has happened since June 6th. Yes, we have just gone over 18 days of Twitter's history. Now, it's time to praise Jack Dorsey and don't take my word for it, take the stock market's word for it:

You're not reading that wrong. Twitter has outperformed Amazon.com (NASDAQ:AMZN), Apple Inc. (NASDAQ:AAPL), Facebook Inc. (NASDAQ:FB) and Alphabet Inc. (NASDAQ:GOOGL) in the last month. In fact, all four of the wunderkinds are down while Twitter is up over 14%.

Yes, Twitter has been down huge so a rise isn't exactly a big win yet, but the rise is in the face of a risk off, Brexit sale of just about everything. Twitter isn't up for sympathy points or a valuation call, it's up because it's out innovating everyone and that has not gone unnoticed.

Twitter is innovating and shareholders hope that CEO Jack Dorsey and COO Adam Bain are going to deliver the goods. As of right now, it appears they are. I side with them.

WHY THIS MATTERS
Twitter has come to life and Jack Dorsey is pretty clearly the force behind it. At CML we identify the revolutionary thematic transformations that are coming and then the companies that will benefit most from them to find the "next Apple" or the "next Google." Twitter is one of those precious few companies. Our research sits side-by-side with Goldman Sachs, Morgan Stanley and the rest on professional terminals, but we are the anti-institution. Our purpose is to break the information monopoly held by the top .1%.

Virtual reality is one of the fundamental shifts coming in the very near future that will change how we live, work, and play. This is a technology whose consumer base looks increasingly like all of humanity. This is the opportunity so many investors say they welcome – that say they search for. The opportunity to find the "Next Apple," or the "next Google." Friends, it's coming right now, and it lies in the depths of technology's core. It's not artificial intelligence, it's artificial super intelligence and there is one company that will rule all of it.

The author is long shares of Twitter and Apple.