STORY
We don't know if this is new, or old news, but Twitter Inc. advertisements are now on YouTube and that is quite odd. I went to search for Katy Perry videos -- the Twitter Inc. member with the single largest following in the world. Here's what I found:

There was a video -- it had some of Twitter's greatest moments with a back announcing narrative. It highlighted #BlackLivesMatter and several other hashtags. 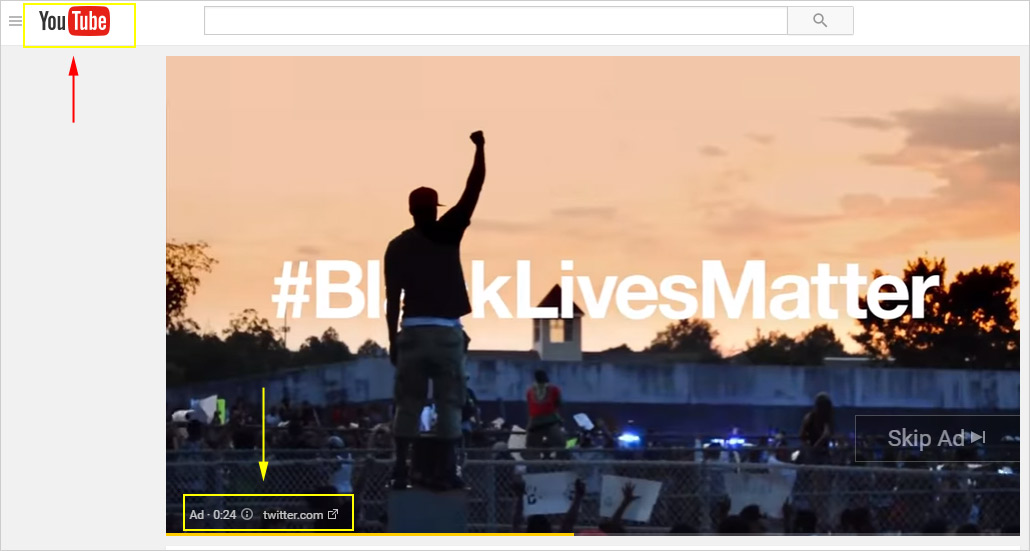 It went on to also highlight the Olympics and the NBA Finals. Here are two snapshots from the video with those two narratives: 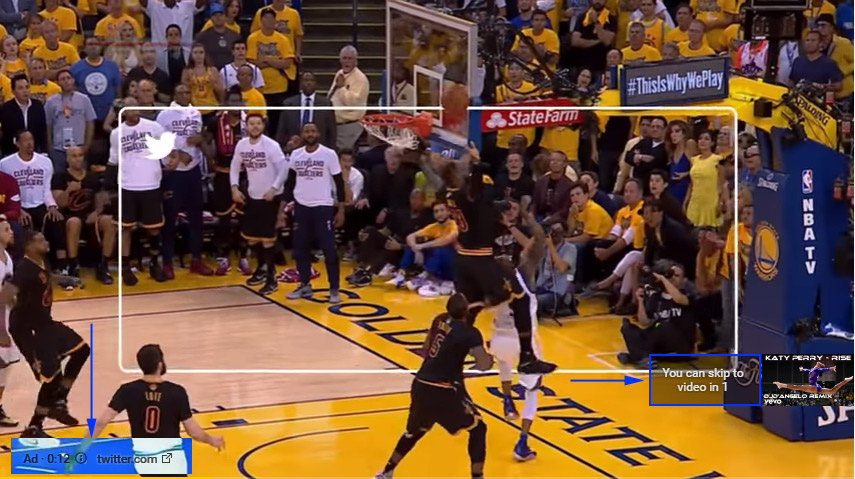 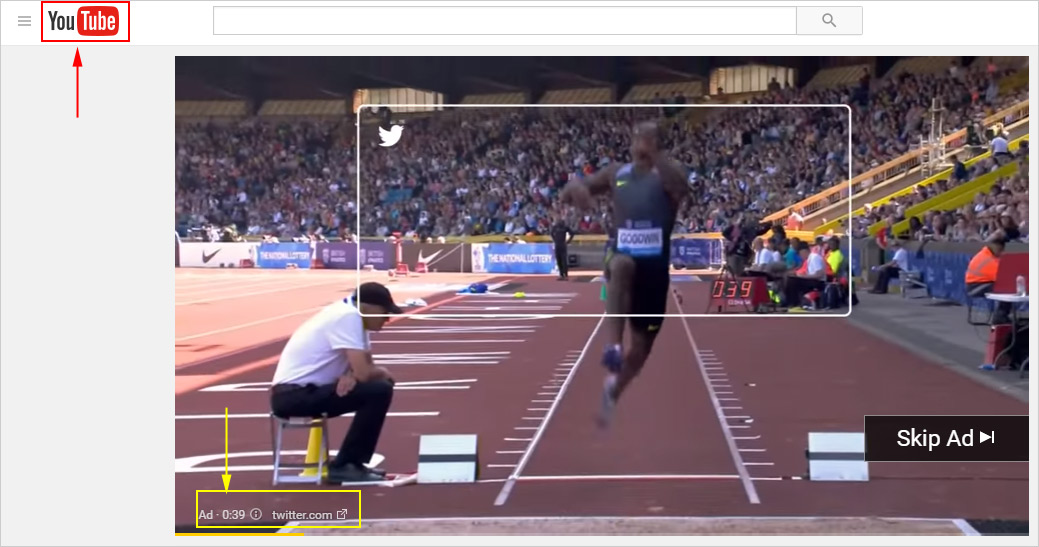 But the advertising didn't stop there. Not only was Twitter Inc. (NYSE:TWTR) in the rolling video advertisements on Alphabet Inc. (NASDAQ:GOOGL) Google's YouTube, but also as an old school, static, banner advertisement. Here is a snapshot, again, after I searched for a Katy Perry video: 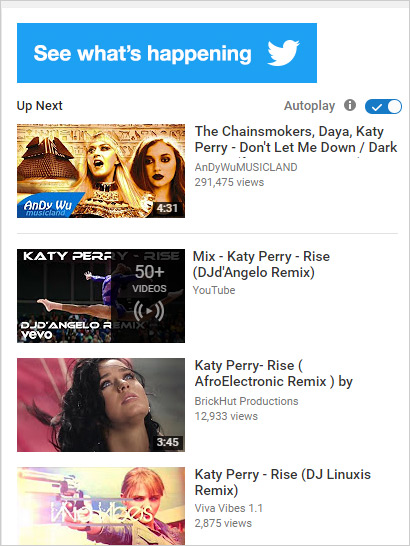 THE NARRATIVE
The narrative of the video and the static banner was, as we can see "See what's Happening," the very clever tagline that has surrounded the Twitter marketing campaign. But this goes further than smart branding. Friends, Twitter Inc. is advertising on the one social media that it actually has a partnership with.

The Alphabet Inc. Google and Twitter partnership is huge. As of the latest data, Twitter Inc. tweets now show up in more than 90% of Google searches and per Twitter's conversation with me a few months ago, the platform gets billions of impressions from Google search.

While the hype of a rumor mill is ever glowing when it surrounds Twitter Inc., actual advertisements on Alphabet Inc. property seems like an awfully odd event for a social media site. It's either brilliant, desperate, nothing in particular, or we just caught on to something that wasn't yet supposed to be seen.

Alphabet Inc. Google also advertises on Twitter, or so I am told. My best guess is it's much ado about nothing. But my guess may be different from yours. The author is long shares of Twitter Inc. (NYSE:TWTR) and has no position in Alphabet Inc. (NASDAQ:GOOGL).

WHY THIS MATTERS
Twitter, Facebook and Google are jumping head first into the revolution that is video advertising. It will shake the industry much like the advent of the radio and the television. But, there is one small tech company out of Silicon Valley that could be the winner, no matter which of the social media players wins, because it controls the ad technology for video.