Apple's Secret is Out: This Prototype is World Changing

PREFACE
In one month, Apple will announce a product called an iPhone 5SE, which up until now has been just a prototype. Here's what it looks like:

It turns out that this 4 inch iPhone with a metal casing and rip roaring A9 chip speed device is world changing for Apple, and here's why:

So why don't we ever hear about India and iPhones?
It will take one image and one sentence to answer that question. Here's the image:

Apple has essentially no footprint in India.

Here's the sentence: India prevents outside companies from selling products there without a tremendous penalty based on a national law that protects home grown manufacturers.

FACEBOOK AND GOOGLE
India is Facebook's (FB) second largest market and if the iPhone becomes the smartphone of choice, as it has everywhere else in the world, Facebook will face a stringent challenge as Apple soon unveils its own new social media network and ad blocking to outside apps.

In its latest earnings call, Mark Zuckerberg explicitly noted the risk of ad blocker apps to the Facebook (FB) business since 96% of its revenue comes from ads. Also recall that Twitter (TWTR) has just now made enormous in-roads to India:
Twitter recently struck a partnership deal with India-based chat app – Lookup. Users in the country can now tweet on @lookuplite to get information and also make purchases (and book appointments) from a range of retail services.

Facebook is on alert because of this iPhone 5SE. It now has competition for the first time ever in its second largest market from two different competitors. Alphabet/Google (GOOG, GOOGL) faces the identical threat from Apple's ad blocking software and socialmedia patent as iPhone 5SE proliferates -- recall that 80% of Google's revenue comes from advertising.

WORLD CHANGING
Price is an issue in India and the iPhone 5SE will come in at about a 30% discount to the normal iPhone.

RBC Capital Markets analyst Amit Daryanani forecasts 10 million+ units sold for this iPhone 5SE, which in and of itself would be $0.23 per share in earnings. That number is too low.

Apple's 2% market share in India will rise quickly. iPhone 6 holds nearly 20% of the market share in China, and that market has two powerful home grown competitors. Apple is going to dominate India -- a market that is larger than the United States and this prototype iPhone 5SE is the world changing conduit.

GIVE ME PROOF!
Those are some bold statements above, some proof of out-sized demand would be nice, and we have it:

That little gem of data has been held back as a secret as well. 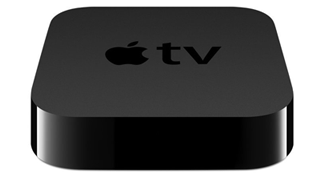 We have a CML Pro research dossier that explains their risk because Apple is on the verge of becoming the largest cable bundler in the world.

WHY THIS MATTERS
If any of the information in this article feels like a surprise, in many ways it is. Apple is just one of the precious few 15 CML Pro 'Top Picks.'

The Internet of Things (IoT) market will be measured in trillions of dollars as of next year. CML Pro has named the top two companies that will benefit in its 'Top Picks'.

Both of these firms are geared up for bigger Apple sales as well, but are insulated within a broader transformational shift in the world. Then there's cybersecurity.

The growth in this segment is a near certainty, even if projections come down, this is happening. CML Pro has named the single best cybersecurity company to benefit from this theme.