The Secret's Out: Apple, Facebook, Google, Amazon Chase the Most Powerful Technology in the World

AN EPIC SHIFT
We've heard the catch-phrase for years, but it was just a phrase like many others, understood only by a few technology experts. Mobile companies sell us on the 3G, 4G, 4G LTE, networks, and we know the higher the better, but few of us understand the true implications of what are, at their most basic level, different radio frequencies.

FACT: The market is simply suffocating for better, richer and more amplified mobile networks. As early as 2011, technology firms warned us that wireless networks were edging near capacity. That reality has led to an unprecedented opportunity that we can now measure in trillions of dollars. 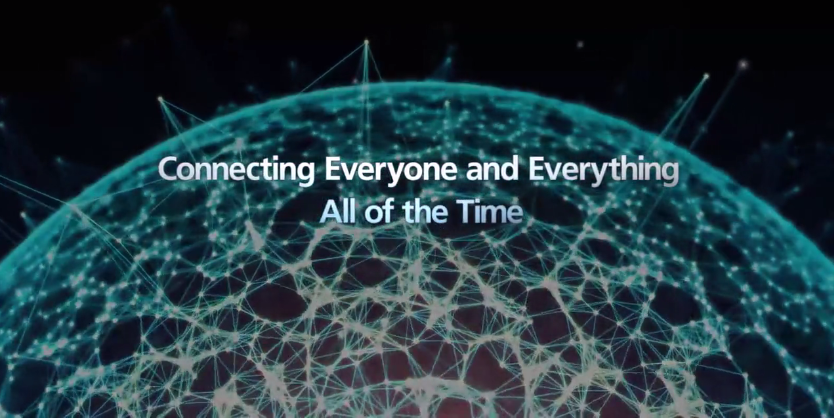 This isn't about the Interet of Things (IoT) we've all been hearing about -- this is deeper. IoT is founded on one single principal -- communication between devices. This comunication is almost entirely wireless and improvements can't arrive fast enough.

The trends are explosive, here's the growth in subscribers using 4G via Statista (this is the number of people, not devices): 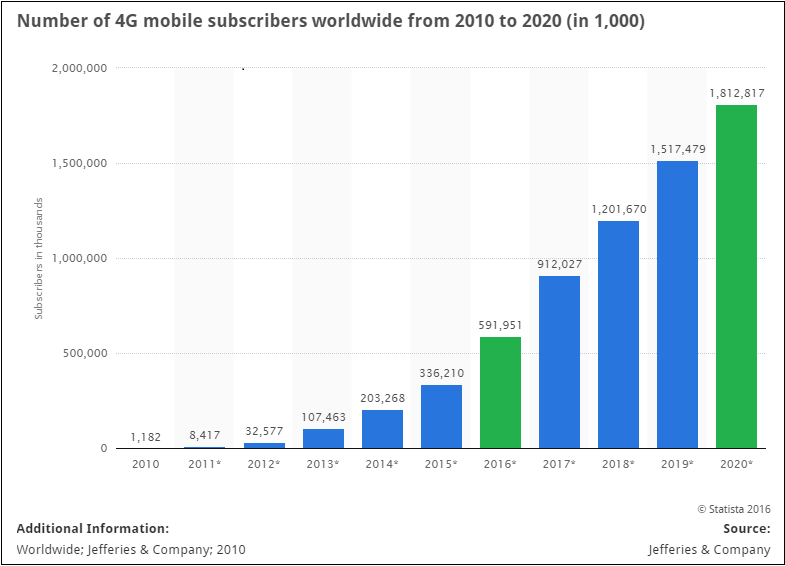 That is a staggering chart which rises from 330 million people today, to nearly 2 billion in five years. This is the lifeblood fueling every IoT and mobile device on the planet, period.

"This massive evolutionary leap into 4G is just now getting underway."
How Stuff Works

"Entire systems around the world [will] upgrade to 4G LTE and then to 5G LTE, which is an order of magnitude faster and significantly more complex."
Investor Place


We can also look at the growth in 4G usage just in the United States via Statista: 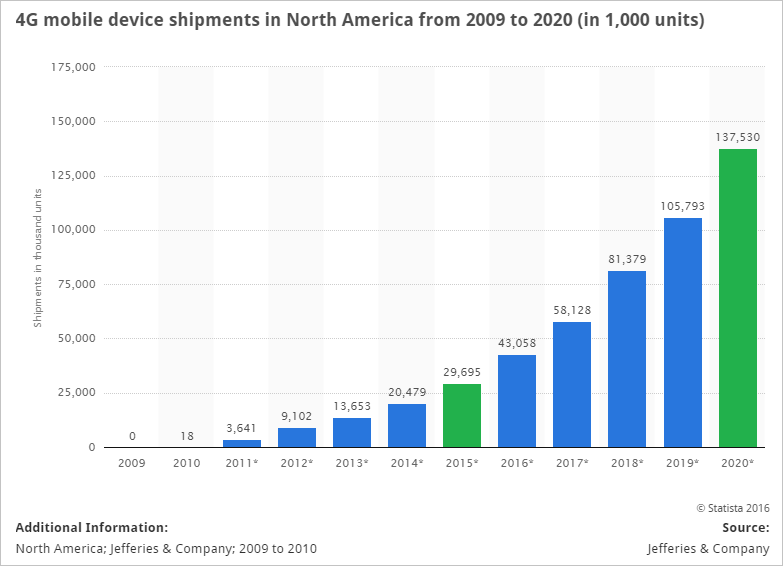 It's the science and technology that turns every piece of data, email, text, video, into the ones and zeros of computer communication and then whips them around the globe at light speed with an amplified signal. It's the enabler of the world's technological explosion.

It's this theme -- this trend -- that we must get ahead of. And there's a single company that we believe is best positioned to win.

APPLE, GOOGLE, FACEBOOK, NETFLIX, AMAZON
The 'G' in 4G stands for generation -- so 4G is the fourth generation. These new generations will connect the world in a way that sounds so absurd, it reads like science fiction.

But not only is it possible, the largest technology companies in the world are in a full blown war to own the content and devices that it will power. It's all based on radio frequencies or 'RF' for short:

RF, together with amplification of the signals -- a fancy way of saying 'make the waves go further', make it possible for the iPhone, iPad, Apple Watch, Samsung Galaxy, Netflix, Amazon, Facebook, Fitbit and every other company on planet Earth to connect in ways that will totally transform our lives. Every cloud company also needs the infrastructure to improve.

With the advent of 4G, you're just as likely to be talking TO your car as talking from it.
CNN Money

And why not? Because there is one firm in the guts of "RF" and the move to higher generations of mobile networks that will power all of it. It will win simply by virtue of the exploding demand and break-through implementation of their technological advances.

THE LARGEST OPPORTUNITY IN THE WORLD
Like plates of the earth's crust colliding to push mountain ranges skyward, market forces have collided and the epic transformation that brings is upon us:

"The [] opportunity is huge. It's bigger than the smartphone market today, and it's going to have a major impact on the economy and how we live."
Tyson Tuttle, CEO Silicon Labs


Here's just one example, in one region, of the growth we are about to see in RF and increased generations of mobile networks:

Pay special attention at that bright green bar -- that's 4G in China and it will soon tower above the blue bars. And that's just in China. Friends, this is happening, regardless of an economic slowdown. This is the guts of technology's future.

"In 2014, there were under 100 million LTE phones shipped to China. In 2015 that rate has increased dramatically to 250 million."
Seeking Alpha


Even the goliath that is China -- the largest mobile market in the world, is just now in its infancy of moving to 4G / LTE. Then it will move to 5G. And while the tech giants are salivating over what comes next with their products and services -- one company is the life force behind the transformation.

THE REAL WINNER
Most surprising of all is that there is a mid-sized technology company based in the US and trading on the NASDAQ that is positioned to be the biggest winner out of all of these companies. They could well make a huge portion of the profits in an industry forecasted to hit $2 trillion annually by 2020. This company is one of our few "Top Picks" for 2016. To find out which company we think will be the true winner in the massive radio frequency trend, join us at CML Pro and get the full research dossier.

WHY THIS MATTERS
RF and mobile network amplification are huge trends that will change much of how we live. While our research pieces provide in-depth coverage of who is likely to dominate this theme, this is only one of CML Pro's precious 'Top Picks.' To find the 'next Apple' or 'next Google' we have to get ahead of the curve. This is what CML Pro does. Our research sits side-by-side with Goldman Sachs, Morgan Stanley and the rest on professional terminals, but we are the anti-institution and break the information advantage the top .1% have.