India Is Turning into a Ridiculous Success for Apple

INDIA
India will represent the second largest smartphone market to China as of this year, overtaking the United States. Here's the growth via Statista


Until recently Apple had no footprint in the country because of a national law that protects home grown manufacturers. In fact, here's Apple's miniscule market share as of mid 2015:

Many people reported those numbers closer to 1%. Even more, Morgan Stanley reported that nearly half of the Indian population hasn't even heard of the Apple brand. So why get bullish now?

EVERYTHING IS CHANGING
A tectonic shift began last year with a visit by Apple's CEO Tim Cook and a private meeting with India's Prime Minister. Suddenly, the earth shook:

Then, yesterday, the Times of India wrote an article: "Apple may get to open stores without 30% sourcing norm."


"The government is set to waive the requirement of mandatory domestic sourcing for Apple, paving the way for the global technology giant to open its own retail outlets in the country."

IT'S ALREADY WORKING
If you recall that that 1%-2% market share we looked at in India as of mid 2015, news from Quartz broke in March that the tide is shifting, and it's building into a tsunami:

"iPhone sales made up 4.6% of the overall smartphones sold in India's top 30 cities between October and December 2015." 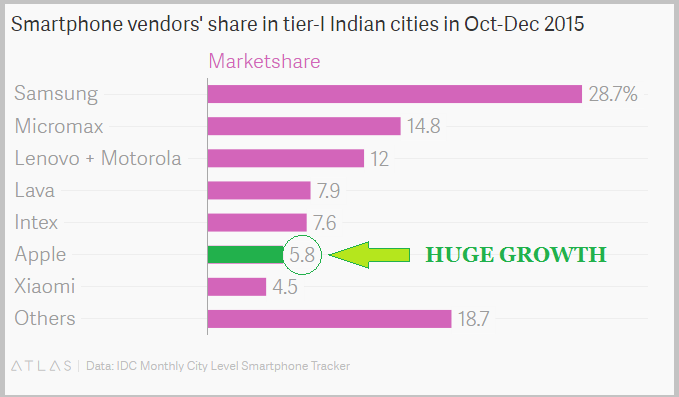 IT'S GOING TO GET BIGGER
This massive increase is not even the tip of the iceberg. Apple is yet to open its stores in India. Recall that only 50% of the populace has even heard of the brand. That's good news for Apple -- that's room to grow. But that's not the real change.

Apple created the iPhone SE, a smaller version of its trademark product, but it also reduced the price to $399 -- the least expensive new iPhone ever. 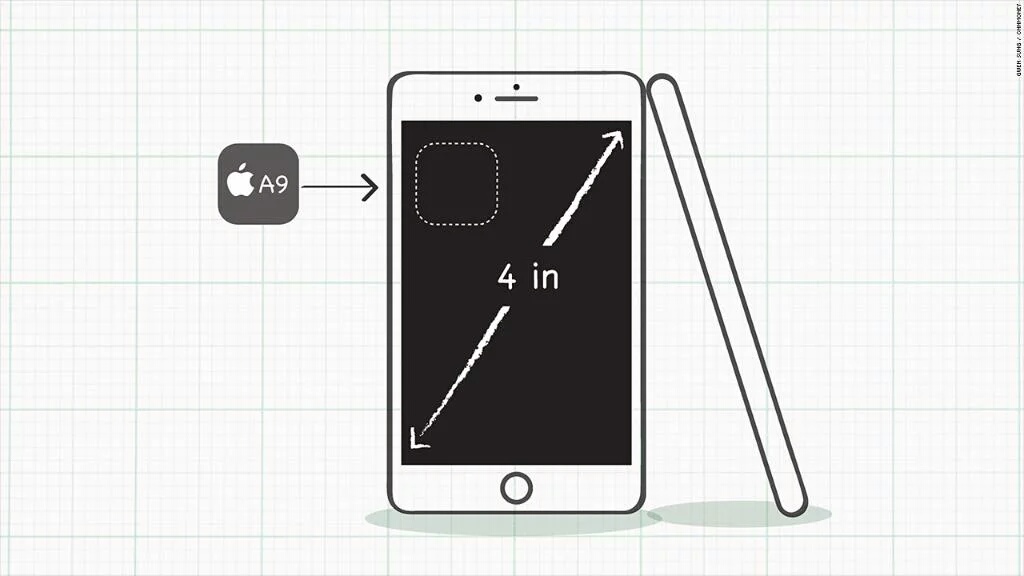 India's median income is well below that of the U.S. and China and price has been a major issue in India. And, while Wall Street laughed heartily at the iPhone SE as a desperate attempt to save iPhone sales that was destined to fail, those headlines have gone away because of facts, like these:


"Since it launched just over a week ago, the iPhone SE has seen demand outstrip supply"
(Source: RBC).

"Virtually all models with all carriers [are] out of stock at Apple's retail stores"
(Source: Apple Insider).

It's going to take a couple of quarters for the numbers in India to impact revenue and EPS in a meaningful way, but they will.

FACEBOOK AND GOOGLE FACE TROUBLE
India is Facebook's (NASDAQ:FB) second largest market and if the iPhone becomes the smartphone of choice, as it has everywhere else in the world, Facebook will face a stringent challenge as Apple soon unveils its own new social media network as well as blocking to outside apps.

And, if India feels like the obvious new market for success for all tech giants, Amazon (NASDAQ:AMZN) would have agreed, until this news came out: "Amazon and Flipkart are speechless after India announces new foreign investment rules" via quartz.


"[T]he new policy seems to have left some of the large incumbents dumbstruck."

WHY THIS MATTERS
There's so much going on with Apple it's impossible to cover in one report. It spans almost all of technology’s transformative themes. But, to find the 'next Apple,' 'next Google,' or 'next FANG stock,' we have to get ahead of the curve. This is what CML Pro does. Our research sits side-by-side with Goldman Sachs, Morgan Stanley and the rest on professional terminals, but we are the anti-institution and break the information advantage the top .1% have.

The author is long Apple shares.