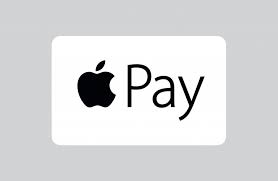 
BREAKING:
Although there were whispers, what Apple Inc. (NASDAQ:AAPL) just confirmed in its WWDC conference surrounding Apple Pay is nothing short of explosive.


Apple announced, as expected, that Apple Pay usage would be extended to its Safari mobile browser. This makes it possible for people to shop online with the iPhone and iPad. But, in what IBD considered a surprise, but what CML Pro announced more than a month ago, Apple also introduced a "Pay with Apple Pay" for Mac users. That's a direct competition with PayPal, Visa and MasterCard.

Check out what Apple Inc. announced. It's a total disruption.

DISRUPTION
In an aggressive and shrewd move, we have learned from Re/code that Apple will be bringing its Apple Pay to mobile e-commerce sites.


This was the "expected news," that IBD referred to and in and of itself is truly explosive. But, the "unexpected" news, is perhaps yet larger. Now we know that Apple Pay will be available on desktop and laptop products from Apple. That means people will be able to shop online with their Mac or MacBook on e-commerce websites and use Apple Pay for the transaction.

WHY THIS IS SO BIG
While mobile e-commerce is growing rapidly, for now, more than 70% of e-commerce is done on non-mobile devices.

MOBILE PAY
The sheer size of the just 'mobile pay' market will be absolutely explosive. Transaction volumes are projected to hit $700 billion in yearly sales by just 2020, according to a study by Statista:

Bank of America has projected transaction values will reach $3 trillion by 2022. But that's just mobile Pay (think, swipe your iPhone and pay) and Apple owns 65% of the market share for mobile Pay with the iPhone and iPad.

Apple is already the market leader in that space and now just added every kind of e-commerce transaction possible.

COMPETITION IS GETTING CRUSHED
While the press has covered Apple's faltering iPhone sales growth, the Pay realm is a totally different story. Growth for Apple has been explosive and the disruption it just brought is unmatched, and unmatchable.

Facebook is trying to needle its way into the pay worlds with Messenger, but so far it has not worked. Google's Android Pay is gaining ground based on its dominant market share of the smartphone market, but the curious thing about iPhones is that transactions of any type, whether they are apps or mobile Pay, just happen a lot more often for Apple users.

If we examine Visa, MasterCard and PayPal we see companies that have a combined market cap of over $300 billion.

WHY THIS MATTERS
While mobile pay is in the very early stages of massive adoption, there's one company that will win, no matter which of the tech giants ends up owning the space because it invented the technology behind it. You see, to find the 'next Apple' or 'next Amazon,' we have to get ahead of the curve. This is what CML Pro does. Our research sits side-by-side with Goldman Sachs, Morgan Stanley and the rest on professional terminals, but we are the anti-institution and break the information advantage the top .1% have.