Apple Attacks Google and Facebook in Subtlety of Maps 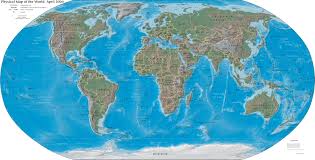 
Preface
Although it sounds trivial or boring, the maps apps are a much bigger force than most of the mainstream media understands.

The Apple maps app has had an ugly history. In fact, upon first release in 2012, it received so much criticism that the company actually formally apologized. Given the massive strength of Google maps, there seemed no reason and now way for Apple Maps to make space for itself. That reality may have just changed.

GOOGLE MAPS
Google maps app is a critical one for mobile users for obvious reasons, but its importance to the Google is not quite as obvious. Google exists inside a Search ecosystem. Everything Google does focuses on utility and speed, but always (always) on the search ecosystem.

Google Maps is one of its six properties that has over one billion users globally and it's a launching point for other Google services inside search.

In fact, Google maps and search have become so powerful, it prompted cries of foul from Yelp, which was quickly seeing its ratings for various businesses drop in the search results as people simply looked at Google ratings on the maps app.

Apple has long been aware of the power of maps, and a breakthrough may have finally been made.

APPLE MAPS
Apple had to introduce something that was compelling to get people to switch and it looks like the company may have done it. Here is a snippet from a Silcom Valley Business Journal article:

“
Frequently forget where you parked? Apple has a solution. If you use Apple Maps for directions, Apple Maps will recall where you left your vehicle.

The new iOS 10 feature will pinpoint a user’s parking place every time a trip ends away from the user’s home address.

The updated operating system is undergoing testing with registered Apple developers and Apple will launch a public beta of iOS 10 next month.

But, the maps app is not the end, it's the means to the end, and that is engagement in the rest of Apple's ecosystem.

“
Other upcoming changes to Maps include allowing third-party applications to search for restaurants or request cars without opening another app.

The iOS 10 update will also add rapid access to destinations along a current route and provide information on traffic conditions and road hazards.

We have to harken back to a prior dossier from Capital Market Laboratories (CML) which broke news about Apple's patent filing for a new social media network, loosely called "social groups."

The Apple maps app is a small but critical conduit to this social media, which would automatically join iPhone users to the social groups based on location,once it's launched.

With the maps app up, that means Apple knows where you are, what you're doing and can recommend locations, restaurants and, of course, people to meet. This is the journey away from Facebook that Apple believes will turn the social media tide in its favor.

Don't be fooled by the headlines -- the Apple maps app is not just a "throw away headline." It is a part of a much bigger plan that Apple is attempting to execute while at the same time poking its largest competitor, Google, in the eye and testing the waters of a possible competition with Facebook.

WHY THIS MATTERS
There's so much going on with Apple and Google we can't cover it in one dossier. We uncovered the patent filing for Apple's new social media, a direct competitor to Facebook, which in and of itself is an entire report as is Google's new attempt at social media. CML Pro identifies the most powerful thematic transformations that are coming and then identifies the companies best positioned to win. You see, to find the 'next Apple' or 'next Google,' we have to get ahead of the curve. This is what CML Pro does. Our research sits side-by-side with Goldman Sachs, Morgan Stanley and the rest on professional terminals, but we are the anti-institution and break the information advantage the top .1% have.