BREAKING
The next generation Apple iPhone may in fact reveal a substantial upgrade.

STORY
Steve Hemmerstoffer (aka @OnLeaks) of Nowhereelse.fr posted a tweet yesterday evening and this normally reliable source has some good news for Apple bulls. According to Hemmerstoffer the iPhone 7 leak reveals not a magical technology upgrade, OLED screen or reversible screen, but rather perhaps the one thing every smartphone user actually wants -- longer battery life.

Before the cynics can roll their eyes at the leak, the Apple iPhone 7 battery upgrade in context is actually not trivial. First, the new Apple iPhone 7 will have the faster A10 chip. While speed is great, it also means more battery usage. With smartphone users already complaining about the Samsung Galaxy and Apple iPhone battery lives, a faster chip in the iPhone 7 could have been a backwards step for Apple if it meant a less useful iPhone. 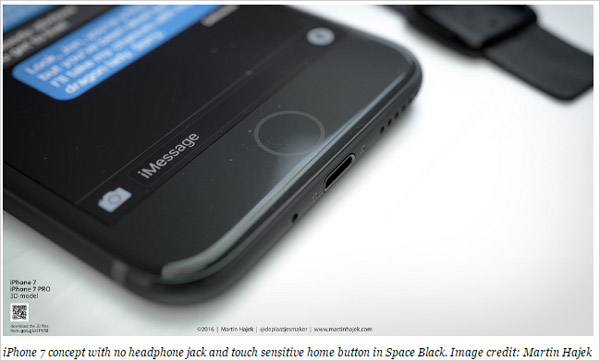 WHY THIS MATTERS
At CML we identify the revolutionary thematic transformations that are coming and then the companies that will benefit most from them to find the "next Apple" or the "next Google." Twitter is one of those precious few companies. Our research sits side-by-side with Goldman Sachs, Morgan Stanley and the rest on professional terminals, but we are the anti-institution. Our purpose is to break the information monopoly held by the top .1%.